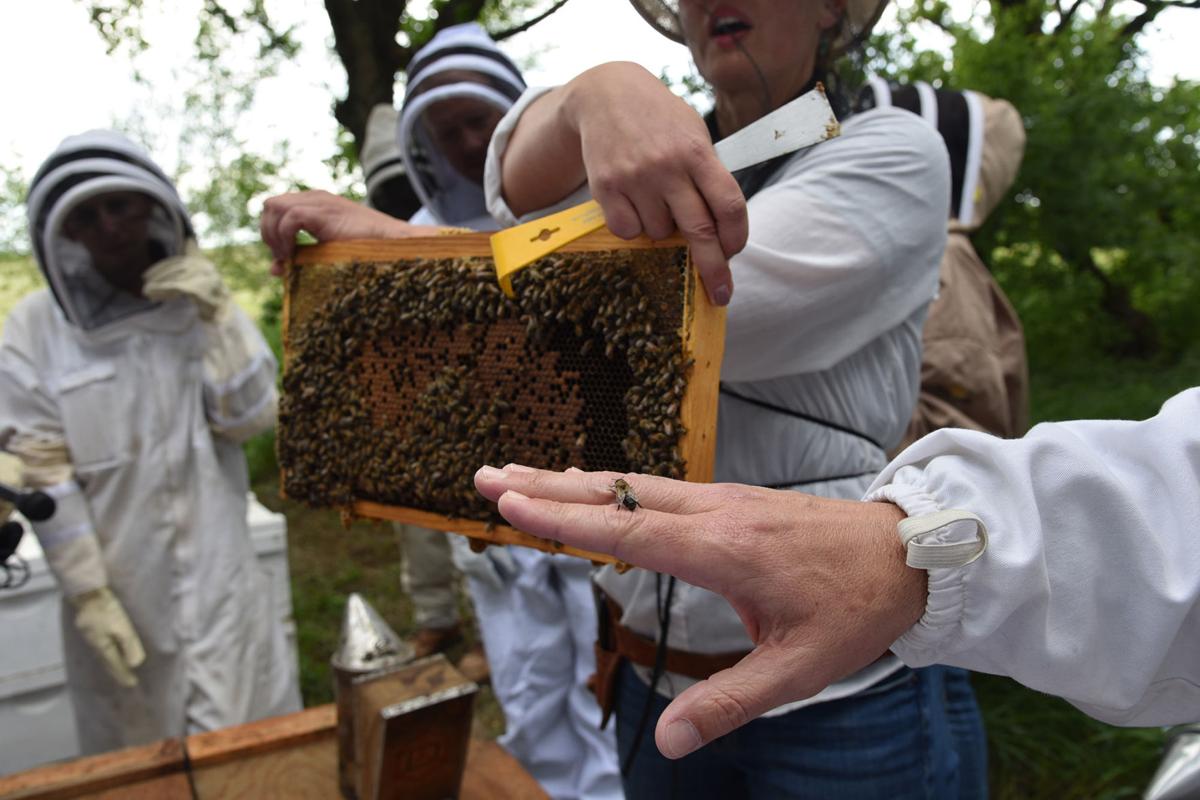 One in three bites of food are a result of the efforts from honey bees. Though the conversion of land for crops and biofuels threatens the role bees might play in the future 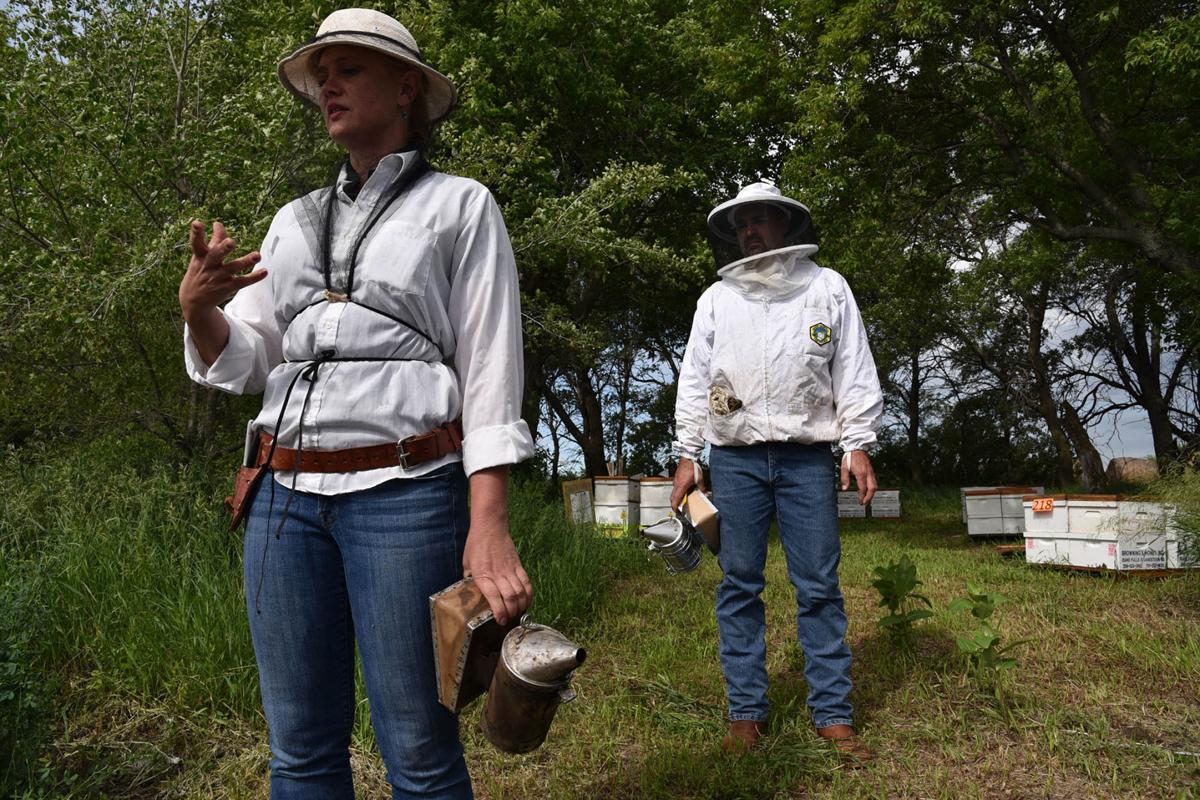 Danielle Downey, Executive Director for Project Apis m., and Zac Browning of Browning's Honey in Jamestown explained many of the threats bee colonies face like land conversion and mites.

One in three bites of food are a result of the efforts from honey bees. Though the conversion of land for crops and biofuels threatens the role bees might play in the future

Danielle Downey, Executive Director for Project Apis m., and Zac Browning of Browning's Honey in Jamestown explained many of the threats bee colonies face like land conversion and mites.

Since 2005, North Dakota has claimed the title for the most change in landscape in the country, with the the drastic conversion to monoculture straining habitat that supports native species.

North Dakota is the largest producer of honey in the nation but a study published by the U.S. Geological Survey this week found bee colonies “are quickly becoming less conducive to commercial beekeeping as a result of land-use changes.”

Williston apiarists Dave Huelsman of D & L Apiaries and Jay Miller of JL Apiaries, said they are replacing queen bees yearly, opposed to biennially 10 years ago. Their bees require up to 38 square miles to forage, but conversion from prairies and pastures to crops requiring only pollination from the wind has limited their territory. Huelsman and Miller have been forced to supplement their bee’s diets with sucrose, high fructose corn syrup and brewer’s yeast.

A new landscape has begun to emerge, with a 94.9 percent increase in corn and soy production since 2005, according to data collected by the USDA.

During this time, the Renewable Fuel Standard was penned to commit corn and soy for use in biofuels. The standard was revised in 2007 to limit crops used for biomass and ensure only the approved cropland from December 2007 would be used.

Researcher and UW-Madison graduate student Tyler Lark found, however, “3.5 million acres of corn and soy grown during this time period was produced on new, rather than pre-existing, cropland, rendering it potentially ineligible for renewable fuel production under the RFS.”

Ethanol was looked at to be a more environmentally sound method for fuel, but further research is uncovering its unsustainability and its impact on bee and wildlife habitat.

A bushel, or 56 pounds of shelled corn, produces less than three gallons of ethanol, according to officials at the Dakota Spirit AgEnergy ethanol plant in Jamestown.

“Forty percent of the country’s corn is used to make ethanol,” Jonathan Lewis, senior counsel on climate policy for Clean Air Task Force, said. “Farmers around the world have had to make up for food production with land clearing. The process of clearing forests and wetlands to farm emits significant CO2 release.”

The impact is enormous, according to Lark.

“The conversion to corn and soy could have emitted as much carbon dioxide into the atmosphere as 34 coal-fired power plants operating for one year,” Lark said on Friday. “The equivalent of 28 million more cars on the road.”

Though many crops have been claimed for use in biofuels, farmers enrolled in the Conservation Reserve Program (CRP) have begun to convert their land for agriculture as contracts expire. Between 2006 to 2011, over 1.3 million acres of the Northern Great Plains was converted to cropland.

This is not only concerning for bee populations but for huntsman as well who saw an increase in waterfowl, pheasants, and deer due to CRP protections.

“National number are too crude. They (the EPA) should use a different data set, at the very least on a state level,” Lewis said.

He stated that if Congress was compelled to act, new provisions could be put in place by 2017 that would protect the landscape and ultimately those that require the habitat to survive.

“Public awareness, that’s key,” Miller said. “I think if everyone can help, if every family dedicated one square yard for pollinator-friendly plants and every farmer used two acres, it would change the face of the state — it would change the world.”