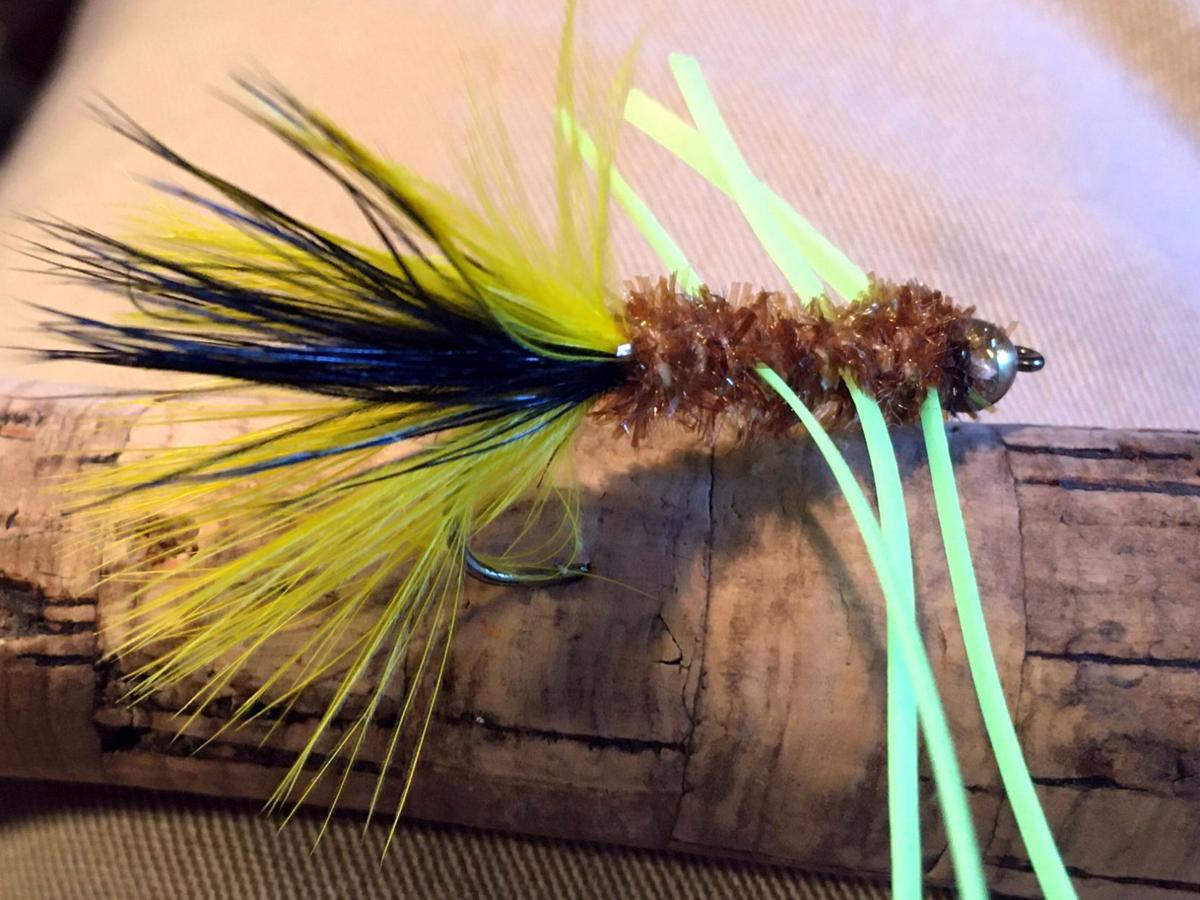 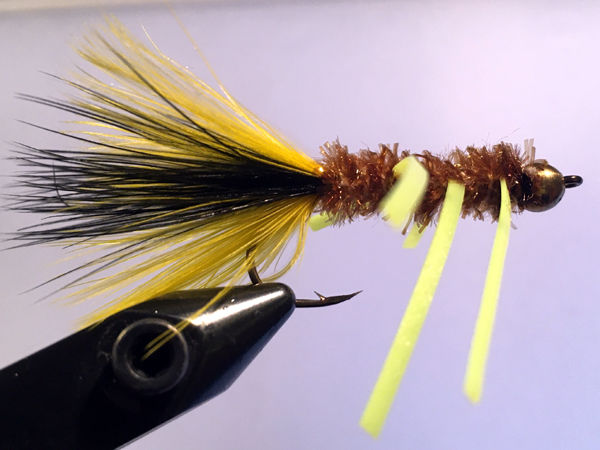 Gaudy.  Ugly.  Fish-Catching.  These terms for one of the foremost smallmouth flies may seem divergent, but they all hit the spot for the Tequeely, a combination of kindergarten art project and scrapped experimental woolly bugger borne from a night of drunk tying along with a little bit of rubber thrown in for good measure.  Regardless of its appearance, the Tequeely dominates smallmouth in spring and summer.  Who really knows what it looks like under the water to these protective predators this time of year, and really, when the fish are biting, who cares?  Maybe it’s the two-tone marabou or the sparkling estaz or the pulsing silicone legs that ignites them. Tie a half dozen up and hold on as smallmouth slam them with reckless abandon while you try to figure out the allure of this reaction strike generator.

Start the Tequeely by putting a brass bead on the hook shank and tying in a pinch of yellow marabou on the bottom to start the tail (1).  Flip the hook over and add a layer of black to the top of the hook shank, followed by another layer of yellow, producing a bumblebee-like appearance in the tail (2).  For the body of the fly, tie in a strand of rootbeer estaz, advancing the thread slightly from the tie-in point (3).

About one-third of the way up the hook shank from the bend, tie in a yellow silicone rubber leg with a couple wraps of thread around it in a figure-eight style, so a small X is formed to secure it in place (4).  Add two more legs evenly spaced up the hook shank, with the final one just behind the bead, doing so in the same figure-eight fashion to lock them in place (5).  Carefully wrap the estaz forward to form the body of the fly – weaving it in and out of the silicone legs, so they don’t get trapped by the material – tie off and trim behind the bead (6).  Whip finish and add a drop of head cement for posterity, and the tequeely is ready to rumble.

Wherever smallmouth are holding, the Tequeely is worth a shot.  It may look like a rusted out and repainted Ford Pinto, but the strikes are sure to be just as explosive as the 1970s subcompact car.  Whether it’s the quivering, gaudy marabou, the wiggling silicone legs, or the sparkly estaz, the fly has that certain something that sets bronzebacks off.  Give it a shot this summer for some memorable fishing with one ugly streamer!

Featured Photo: The Tequeely is a crazy streamer with marabou, sili legs and estaz all adding to the attraction. Simonson Photo.