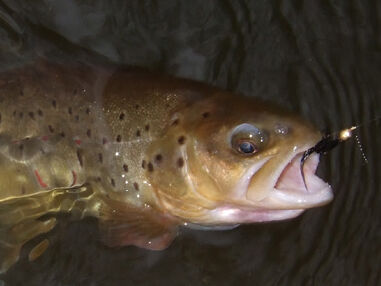 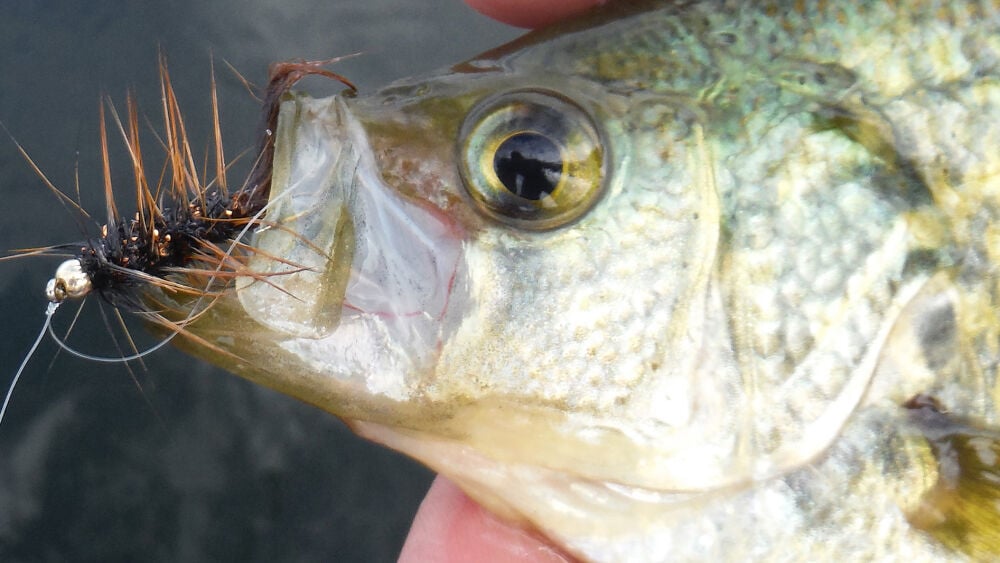 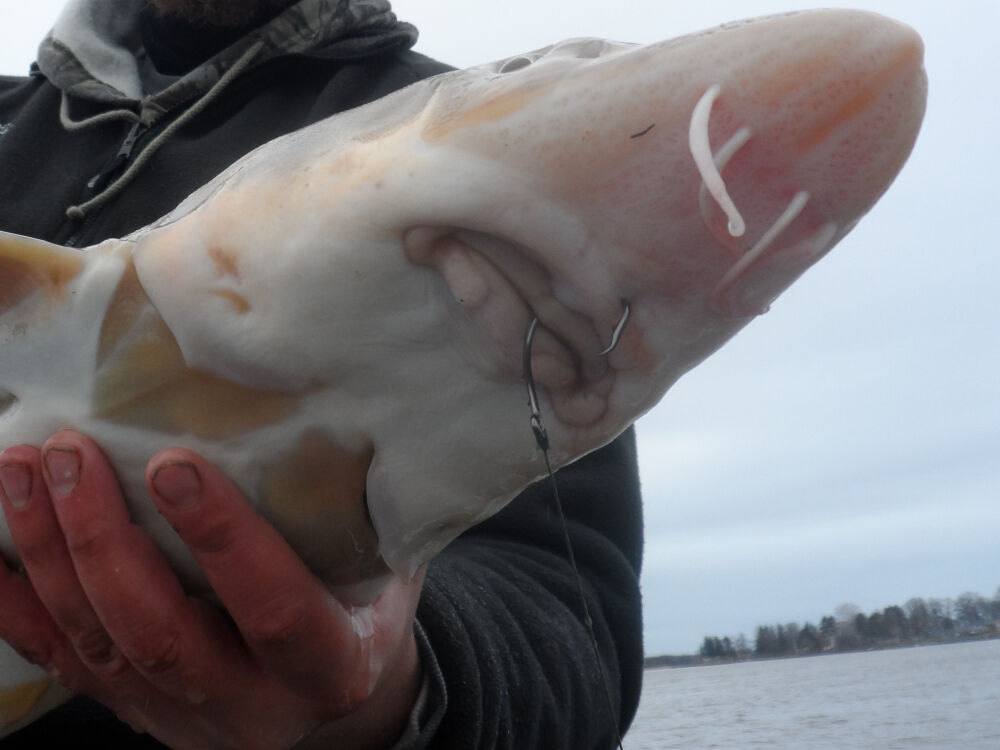 Thanks to solid fisheries management programs in the last 30 years lake sturgeon have returned to the Rainy River in northern Minnesota and are being re-established in the state’s Red River and St. Louis River basins as well.

Thanks to solid fisheries management programs in the last 30 years lake sturgeon have returned to the Rainy River in northern Minnesota and are being re-established in the state’s Red River and St. Louis River basins as well.

My grandmother and I shared a special connection with the outdoors.  She was an avid birder, having seen more than 110 species just from her dining room window throughout her nine decades on the planet, and dozens if not hundreds more in her limited travels around the country.  While she was not a hunter or angler like me, she often told stories of her forays into both pastimes during her childhood on the prairie, which occurred nearly 100 years ago.

The two tales I remember most were the one of her and her sister sitting on the hoods of cars being driven through the grassy fields of pre-developed western North Dakota, taking shots at flocks of prairie chickens and sharptailed grouse so thick she feared they’d collectively knock her from her perch in front of the windshield.  The second was fishing carp and bullheads on the pre-dammed Missouri River with her grandfather, using grasshoppers found in the streambank vegetation to catch the rough fish for dinner.

The two stories differed considerably. One detailed the bounty of untouched lands and just how amazing populations can be with the right conditions and no need for management in that stretch of time and the other showing just how important fisheries management is in turning flows of undesirables into waters holding the gamefish anglers prefer to pursue. While the idea of hunting in such an astounding (and let’s face it, unsafe) way for the state’s native upland species, one of which is nearly extirpated due to development, always amazed me; the notion that the options spread across the map now for a variety of fish species beyond bullheads and carp once did not exist was perhaps even more shocking.

Populations of crappies form a great base for a recreational fishery, but without stocking, surveying and monitoring, they likely wouldn’t be as common as they are now. Simonson Photo.

While growing up, less than a block from my house I had a chance to catch walleyes, pike, smallmouth bass, white bass, crappies, perch and the occasional bluegill, all on the same river. To be sure, there were also bullheads and carp, like my grandmother had as a child, but in the time of my youth they were scorned in favor of the gamefish and panfish in the flow.  But those first seven species weren’t there on their own, they had made it into the river via stockings over the years at the lake north of town and through the connected waters downstream.  In time, they were managed accordingly and developed into a viable fishery that taught me much of what I know about angling today, due to their variety and abundance.

All around us in the upper Midwest, ponds, sloughs, lakes and rivers which once did not support fish populations – or only those of fish capable of surviving low oxygen, warm summers and the bone chilling winters of 100 years ago – have now been stocked with those species anglers love to fish for.  Gamefish like bass and panfish such as crappies and bluegills are stocked in lakes which once may have only supported northern pike, the hardiest of our native gamefish species.  Walleyes fill up deep waters which have risen behind dams and changed low-flowing rivers, providing new fishing options which draw anglers from around the region to reservoirs that stretch dozens or hundreds of miles upstream.  Even flooded pothole sloughs, some of which just three decades ago were completely dry, are stocked with perch and walleyes in hopes of providing ice fishing action to nearby anglers, expanding the opportunities available.  Add to these more common species some coldwater options like rainbow trout and brown trout, or chinook salmon, and the vast array of what is now available, when you stop and think about it, is pretty mind blowing.  In all the places I have lived over the last decade, an hour’s drive at most is all that has been required to find these species of gamefish and likely more, in places that 50 or 100 years ago, offered little more than bullheads and carp, if there was any water at all.

A Strong Hold. Thanks to solid fisheries management programs in the last 30 years lake sturgeon have returned to the Rainy River in northern Minnesota and are being reestablished in the state’s Red River and St. Louis River basins as well. Simonson Photo.

Finally, not only are there more options than ever before, but thanks to the same great fisheries management staff, biologists and concerned citizens, we’re not only adding to what we had, but we’re repairing what was destroyed.  The return of lake sturgeon to the Rainy River in northern Minnesota is a true success story, which in turn has spurred reintroduction to both the St. Louis River near Duluth and the Red River basin in western Minnesota.  While the former has produced incredible fishing for the leviathans, the latter flows are now seeing incidental catches and the resurgence of self-sustaining populations of sturgeon which were long ago eradicated by low head dam construction and water quality issues.  Beyond the amazing opportunities unthought of a half century ago – sloughs filled with perch and walleyes, deep lakes supporting trout in the middle of the prairie, and populations of muskellunge far from their northland home waters – modern fisheries management is doing more than just what may be possible, but the responsible thing as well in restoring what once was.

So, the next time you drop a foam bobber into an ice hole hoping for a perch to bite, cast that first jig into the chilly spring water waiting for a subtle walleye strike, or unfurl a fly into that perfect seam on a stocked trout stream, think about all it took to make that fishery possible and what it takes to sustain it.  A debt of gratitude is owed to every fisheries biologist and technician, seasonal egg collector and summertime stocking truck driver, and all the others in between who make our modern fishing options a reality.  Without them, it would likely be a world limited to bullheads and carp, and far less diverse and enjoyable fishing…in our outdoors.