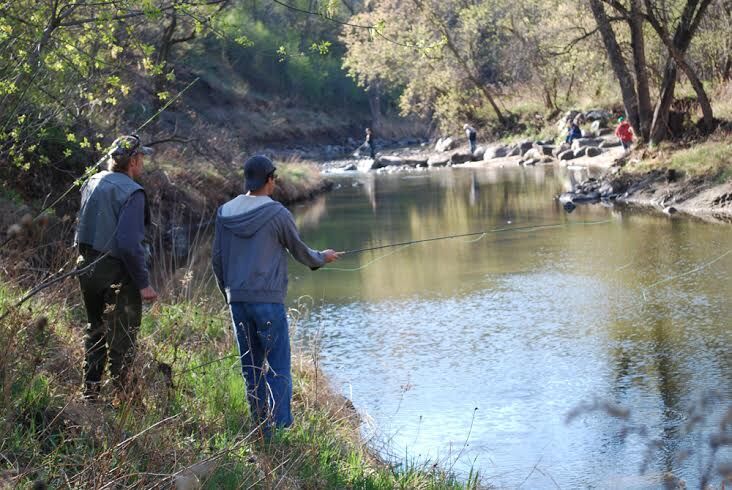 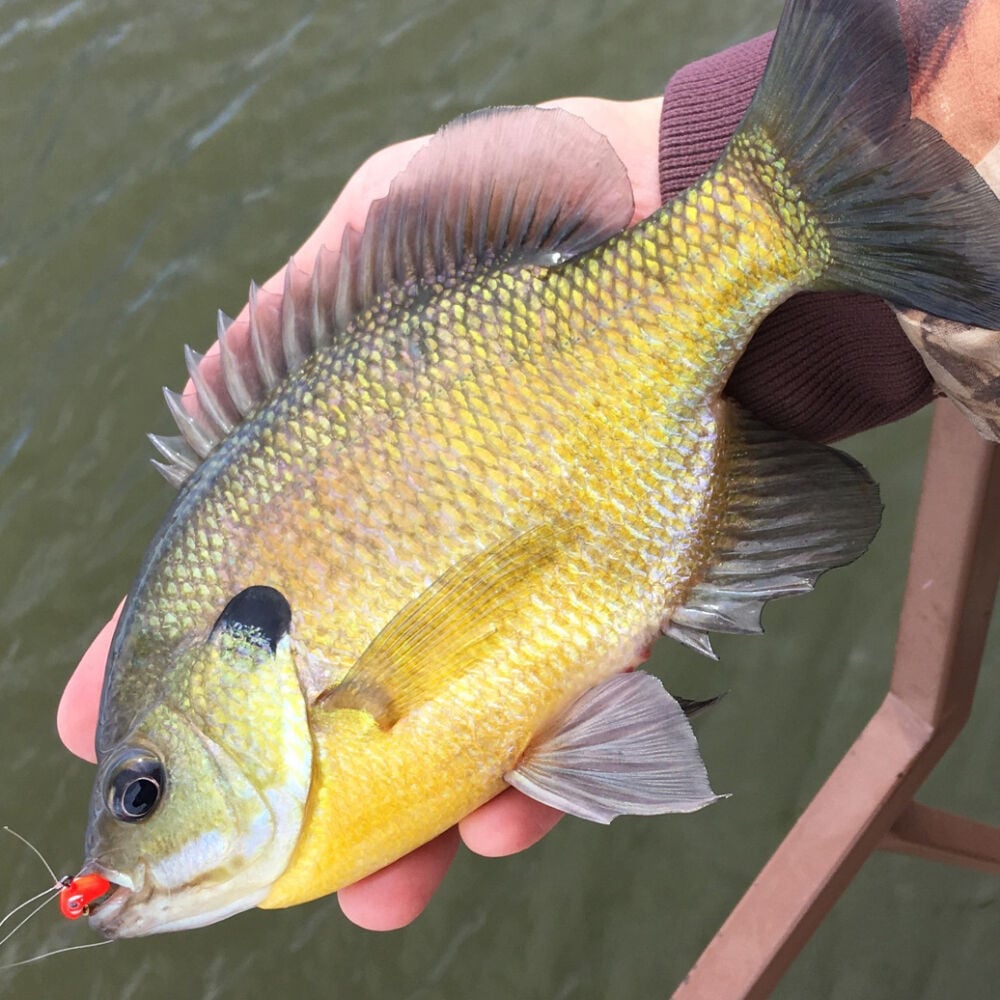 Readily-biting fish like bluegills provide a fun family option from one of the state’s many fishing piers. The relatively easy access and success will be important in retaining many reactivated outdoorspeople who connected with hunting and fishing in 2020.

Readily-biting fish like bluegills provide a fun family option from one of the state’s many fishing piers. The relatively easy access and success will be important in retaining many reactivated outdoorspeople who connected with hunting and fishing in 2020.

Even into the colder months of winter, the outdoors remains a place for people to seek relief from pandemic-related stress and to reconnect with hunting, fishing, and enjoying time away from the confines of four walls.  The physical and psychological benefits of wild places, public lands and open waters have served as a constant reminder over the past year of how important the outdoors is to Americans.

As a result, the number of people participating in hunting, fishing, camping, and visiting places like state and national parks has grown year-over-year and that trend continues in North Dakota. While license sales are officially tabulated in April by the North Dakota Game and Fish Department (NDG&F), when most permits expire and new ones are required, a majority of those annual purchases have already been made and indicate an upward trajectory recently seen elsewhere in the country.

“Across the board we’ve seen license numbers increasing, resident and nonresident,” reports NDG&F Director Terry Steinwand, adding that a crucial demographic saw improvement in 2020: “one thing that we did see is that 20-to-29-year-old where typically we’ve seen a declining license sale, that actually came up this year; it was good to see that age group getting out there.”

In addition to this previously dwindling demographic among the ranks of hunters and anglers, Steinwand relates that hunting and fishing license sales are up anywhere from five to 25 percent on the year thus far, depending on activity and license type. A well-timed uptick in deer licenses from 65,500 in 2019 to 69,000 in 2020 also meant more firearms hunters were in the field this fall, buoyed by better conditions for the animals throughout much of the state last winter and spring, and good recruitment over the summer.  Surveys also generally trended upward for upland game and waterfowl headed into fall, providing good opportunities across a wide variety of outdoor venues.

With this bounty of new and reengaged hunters and anglers, the department and other non-government organizations turn their eyes to retaining them for seasons to come. One such organization has spent the last several decades putting an R3 (which stands for recruit, retain and reactivate) hunting program in place, and that is Bismarck-based Delta Waterfowl.  Having operated in Canada as well as the United States, the organization followed the rapid decline in waterfowl hunters which at one point dipped by more than 70 percent across the provinces from the late 1970s into the early 2000s and put a plan in place to help turn the tide. Joel Brice, Delta Waterfowl Vice President of Waterfowl and Hunter Recruitment Programs, is hopeful that with the framework the group already has, this influx of hunters will have the opportunity to continue their reactivation process, post-pandemic.

“We’ve been involved in R3 since prior to people calling it R3,” Brice comments. “Through our strategic planning we significantly ramped up our emphasis on R3 internally. We have our university hunting program which is growing rapidly, we have our first hunt program and we have other programs; so basically we’ve been on a growth trajectory as an organization and inside our R3 programming, so we do feel like we have a product and we do have programs out there and so we’re going to do our part to maintain that momentum and enthusiasm,” he predicts based on the uptick in those exploring waterfowl hunting and other outdoor activities during the pandemic period.

Likewise, Rachel Bush, ND State Coordinator for Pheasants Forever, looks for chapters around the Roughrider State to tap into the growing excitement and build on those limited events members were able to carry out this year to engage new hunters and those looking to return to the field on optimistic survey numbers and perhaps added time on their hands for recreational opportunities in the outdoors.

“It’s continuing to provide them with learning opportunities, making them more comfortable in the field,” Bush stresses, adding, “at Pheasants Forever we’re going to continue in the year ahead not only to do events that focus on recruiting new hunters, but also keep those hunters that have done it before and provide them opportunities where they feel comfortable and where they have the opportunity to meet people and build their outdoor community.”

With the hunting seasons winding down, and spring angling in the distance, reminding those who benefitted from time outdoors in this unprecedented era is at the forefront of retention efforts by the NDG&F, according to the agency’s R3 Coordinator, Cayla Bendel. Targeted marketing which will be focused on the dates and seasons important to hunters and anglers, along with renewed attention to the gains made in the young adult segment of the outdoors population will be key.  Additionally, positioning the simplicity and accessibility of the outdoors will be important in reminding those who likely won’t have the free time experienced in the last year about how easy it will still be to wet a line or pursue game.

“Families had a lot more time this year with sports and other things cancelled, so it’s going to be a bit of a challenge to remind them of how much fun they had and get them to start re-prioritizing that,” Bendel states, “we can remind them of how much fun it was to get outside, and we’ll definitely do targeted email reminders at deer lottery dates or our free fishing weekend in June,” she explains of the growing digital campaigns in the works to capitalize on the influx of anglers and hunters which occurred in 2020.

Keeping things simple in that messaging will also help retain those who ventured into the outdoors in the past twelve months.  With the ever-expanding fishing opportunities in the region thanks to increased stocking and improved access for both boat and shore anglers, and growing acres in the state’s PLOTS program opening up more hunting areas, Bendel is optimistic that easy adventures aren’t far away for many new and reactivated participants.

“Not everyone needs a $100,000 boat and not everyone has to go target ten walleyes, there’s a lot of other family-friendly opportunities,” she states of the fishing available across the state, and stresses that hunting does not require a trailer loaded with thousands of dollars’ worth of equipment, “we’ve lost just grabbing six decoys and going to a pothole, so [we’ll be] promoting those more accessible and underutilized resources,” she concludes.

Beyond being a catalyst for more participation in the outdoors, the pandemic has served as a reminder of how important hunting and fishing are to citizens of the state and the country.  It is hoped by these individuals, groups and agents of the NDG&F who focus on conservation, that when the general population looks back on this life-altering event from the other side, it will serve as an enduring reminder of what matters most, and how much a tug on the line, or a flushing bird means in the grander scheme of things.  Hopefully, that sentiment and the memories made afield and on the water in the past year will keep them coming back when things return to normal.

Featured Photo: Thinking One Cast Ahead. Finding places that provide a good chance at success and easy access will be vital to continue engaging new and returning anglers and hunters in 2021 and will help retain them for years to come. Simonson Photo.