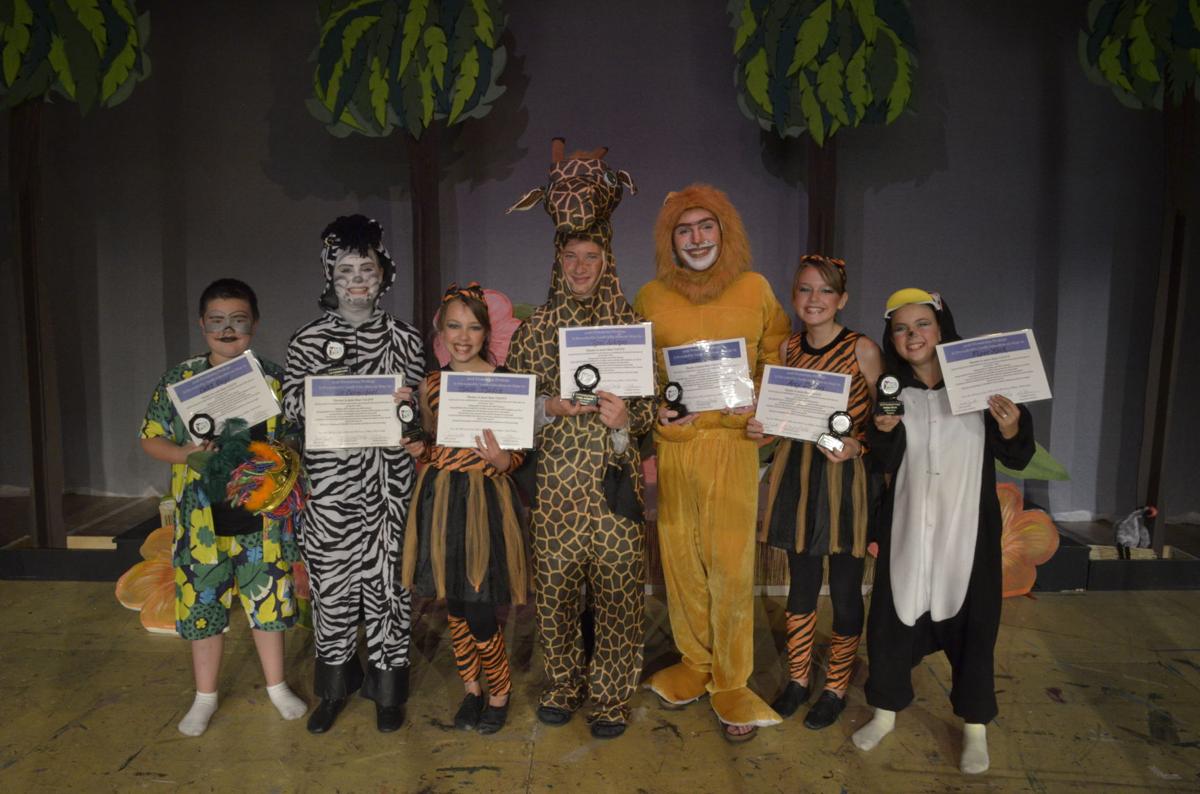 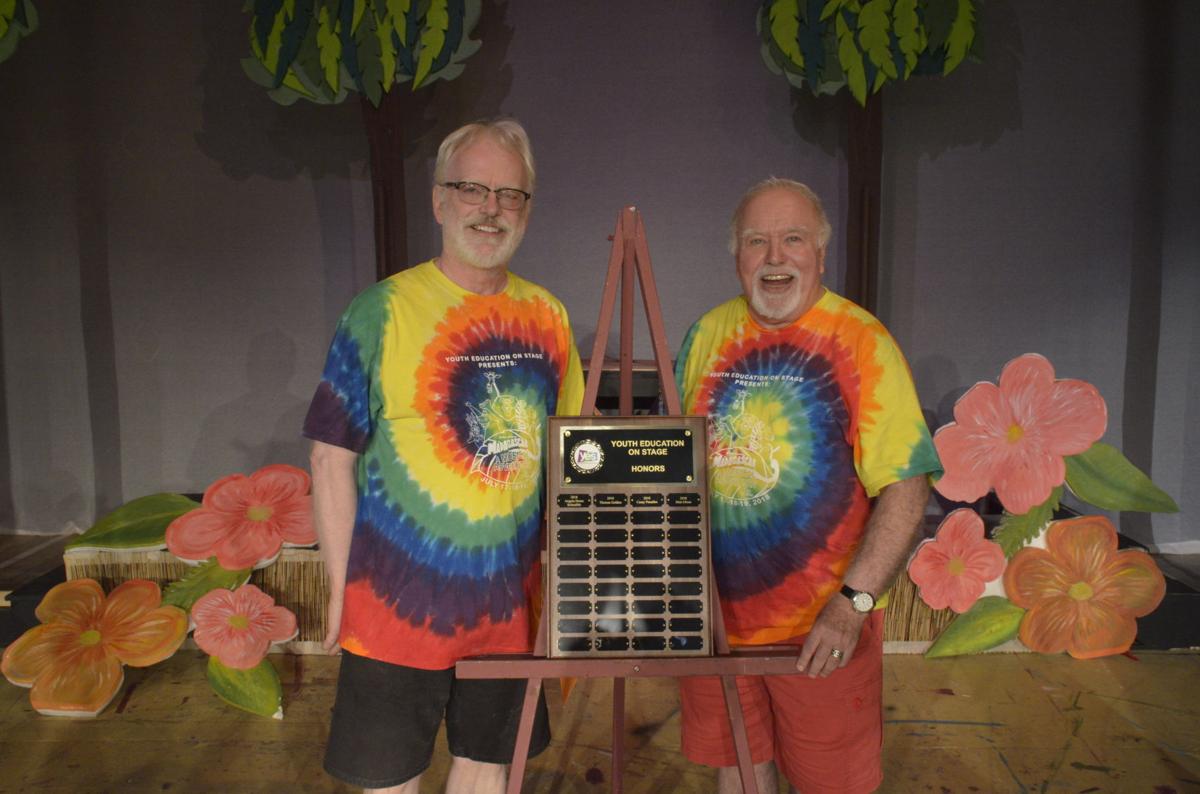 B. Michael Quale and Jack Dyville, founders of Youth Education On Stage, named the first annual YES Alumni Honors on Thursday. The award recognizes former YES members who have continued working in the theater and arts industry. 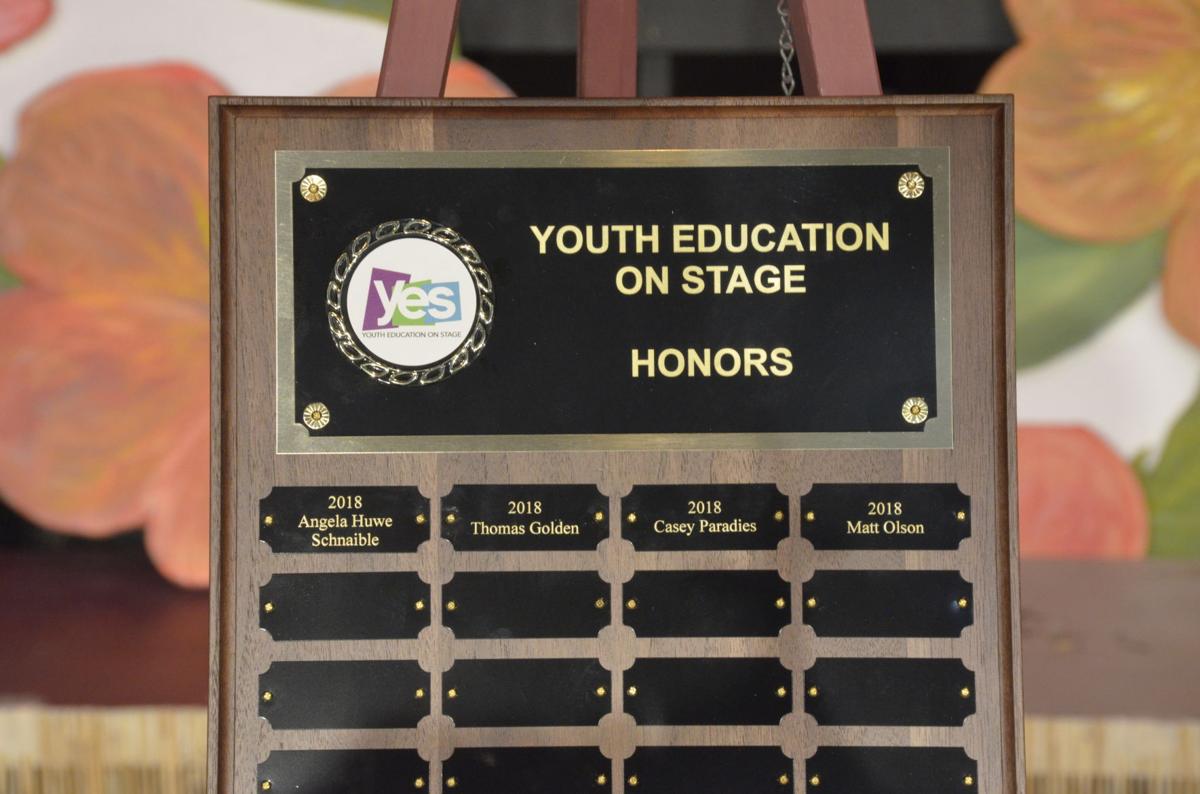 Youth Education On Stage named the first recipients of the YES Alumni Honors, recognizing former YES members who have continued working in the field of theater and the arts. The first honorees are Angela Huwe Schnaible, Thomas Golden, Casey Paradies and Matt Olson.

B. Michael Quale and Jack Dyville, founders of Youth Education On Stage, named the first annual YES Alumni Honors on Thursday. The award recognizes former YES members who have continued working in the theater and arts industry.

Youth Education On Stage named the first recipients of the YES Alumni Honors, recognizing former YES members who have continued working in the field of theater and the arts. The first honorees are Angela Huwe Schnaible, Thomas Golden, Casey Paradies and Matt Olson.

Thursday night the curtain closed on Madagascar, the final show of YES' 34th season. B. Michael Quale and Jack Dyville, co-founders of the youth theater company, took to the stage after the final bow to bestow some honors onto members of the cast and alumni of the company. Quale and Dyville created the Youth Education On Stage Honors to recognize former members who have continued working in theater and the arts in some capacity into their adult lives. The four alumni honored were Angela Huwe Schnaibel, Thomas Golden, Casey Paradies and Matt Olson.

Huwe Schnaibel became involved at YES around 1988 and was active until 1995. She went on to study theater arts and has worked in the industry in a variety of productions, including the Medora Musical as a Burning Hills Singer. She has several acting credits from various film and television roles from her time living in Los Angeles. Upon returning to North Dakota, she became involved teaching acting, performing and has directed and choreographed shows at Minot State University. Her next endeavor will be teaching elementary music in Minot.

Golden began his career in theater in 1994 as "Guard No. 4" in the YES production of Aladdin. He said from that moment on, despite only walking on and off stage twice, he was hooked. He remained active in YES until 2000, but returned to assist as a summer intern in 2003 and 2004. He traveled with YES to the North Dakota Community Theater Competition twice, and both times received accolades for his performances. He currently works as the artistic director of the Firehouse Brewing Theater in Rapid City. He said that YES was an important part of his development as an artist and a human, and that he would not be who he is today without the lessons he learned there.

"I am a better communicator, collaborator, and leader because I grew up as a YES kid." he said.

Paradies first show with YES was a role in “Oliver!” in 1988. He said that since that production, he's never left the stage. Involved with YES until his graduation from high school, Paradies went on to tour with the musical company Up With People for two years, where he went from featured dancer and understudy to leading dancer. After his time with Up With People, Paradies studied at the American Musical and Dramatic Academy in New York. since his time at AMDA, he has performed in a number of production in New York. Paradies currently resides in Grand Forks, where he teaches english and theater, and is the theater program director at Lake Region State College.

Olson has also been involved with YES from a young age, as well as Entertainment Inc! in Williston. After receiving his degree in theater, Olson co-founded his own theater company in Chicago, and was seen in a variety of productions throughout the city. Currently Olson resides in Los Angeles, where he is a professional make-up artist specializing in character masks.

Dyville spoke with all the recipients and said they were "thrilled and honored" to be chosen as the inaugural winners. Along with the alumni honors, Dyville and Quale recognized seven cast members from Madagascar as the inaugural YES Protege awards. Dyville and Quale said they were chosen for their commitment to the production, and that they embodied the YES mission statement of motivation, pride, respect, responsibility and confidence. Quale and Dyville said all of those chosen displayed such characteristics, and helped make the show successful. Dyville said the selection process was especially difficult because he felt the entire cast had performed wonderfully, but said that he hopes the awards will motivate them to continue on with theater, and remain involved in the arts throughout their lives. He added that Madagascar was one of his favorite productions to have been involved with. Quale said he believed that the lessons the kids learned on stage are ones they will be able to take with them the rest of their lives. Winners of the YES Protege awards for 2018 were Owen Voigt, 8; Liz Carmichael, 15; Noelle Martin, 11; Tyrel Ackman, 16; Tanner Bercier, 14; Amy Draxton, 11; and Piper Keck, 9.