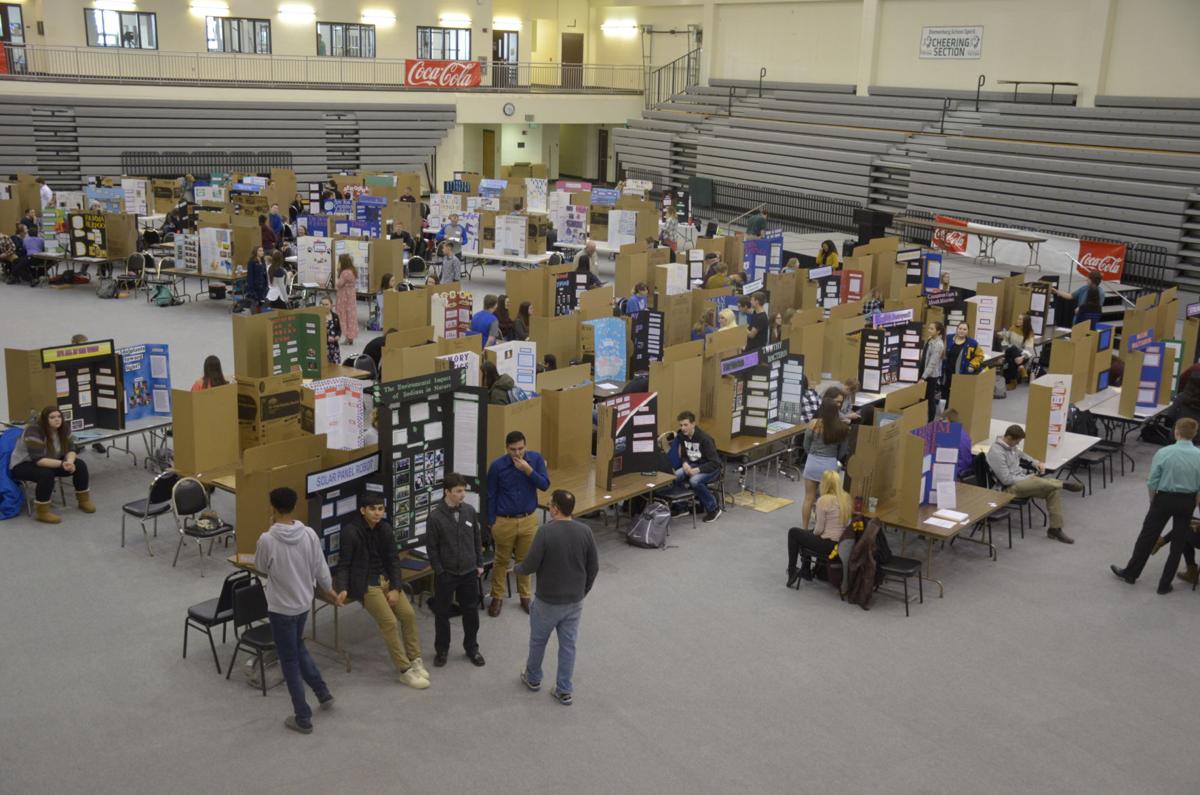 Students from all over the region shared their projects during the Northwest Regional Science Fair, held at The Well at Williston State College on Tuesday, Feb. 26. 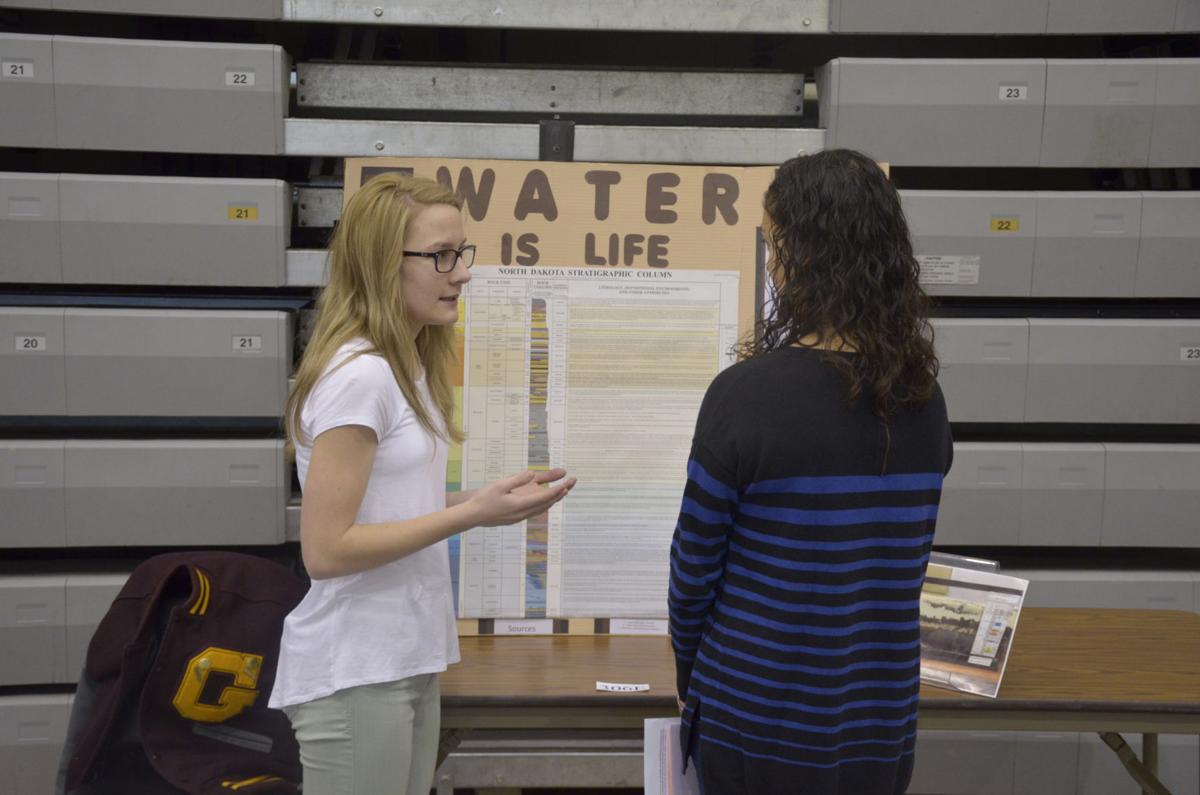 Grenora freshman Elizabeth Field, left, explains the science of fracking and how it relates to ground water during the Northwest Regional Science Fair at Williston State College. 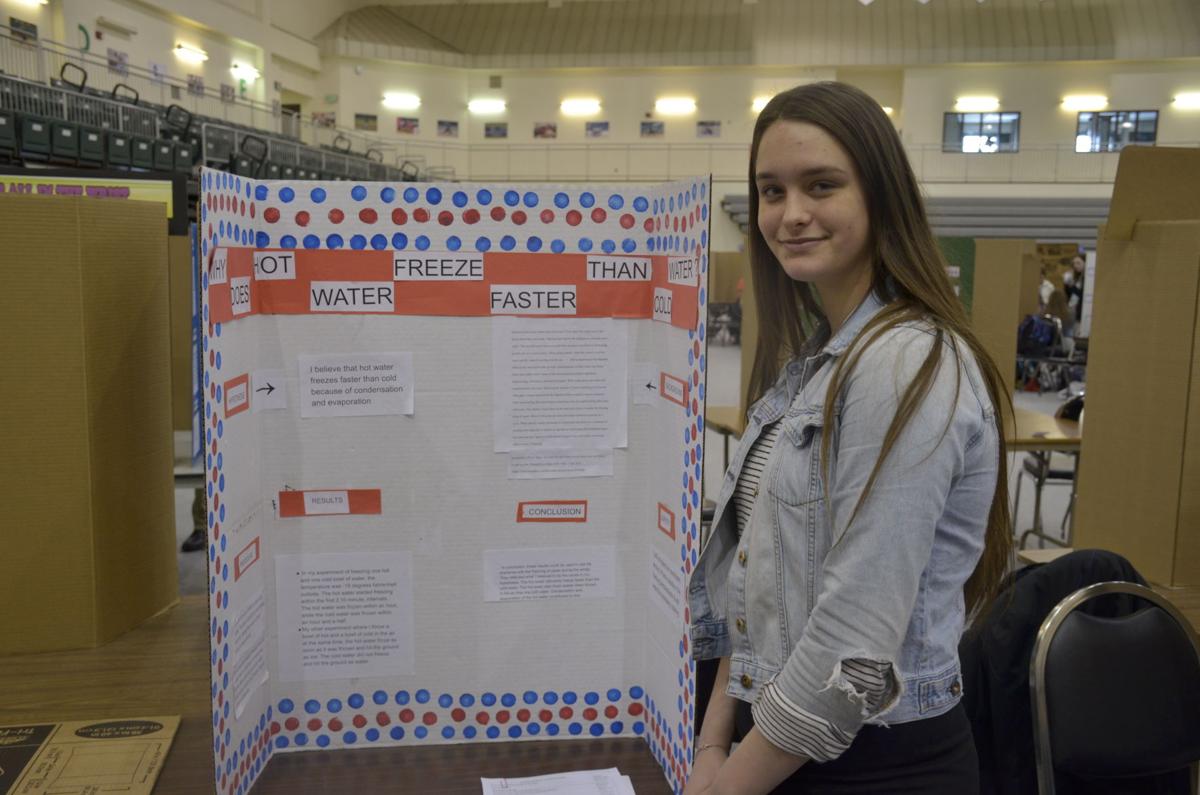 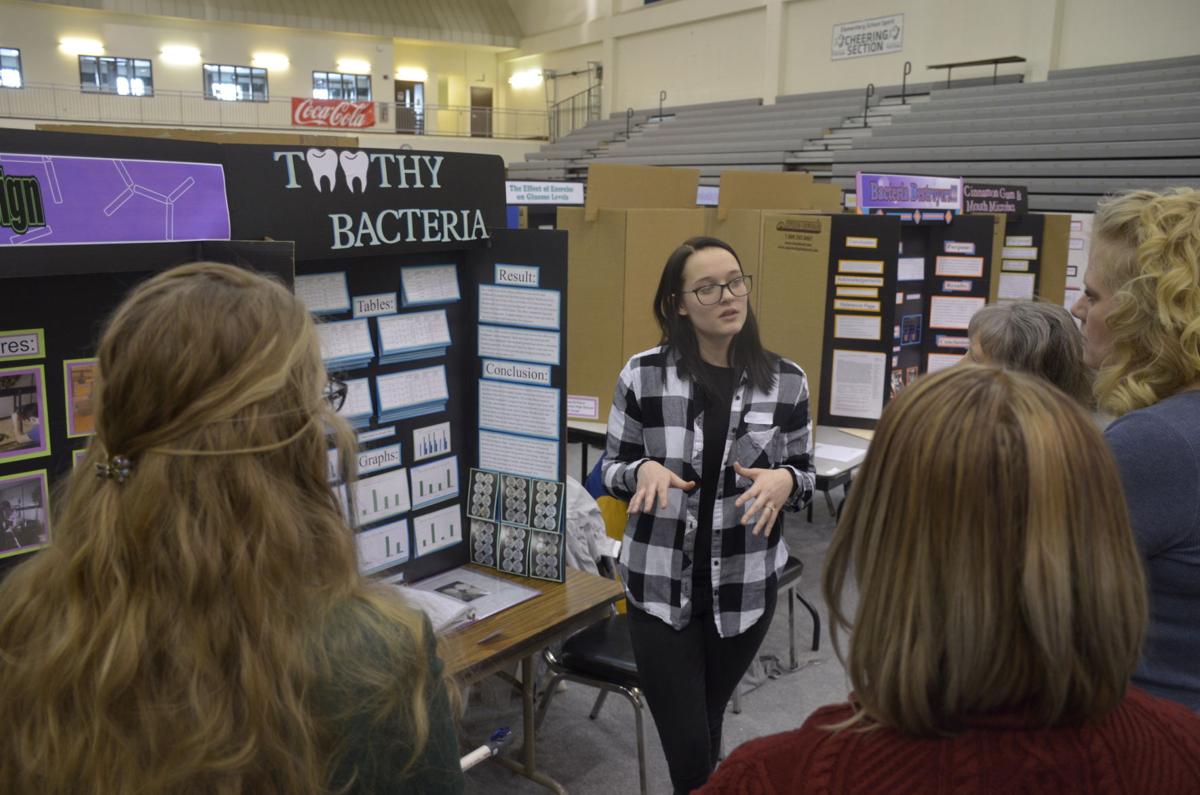 Students from all over the region shared their projects during the Northwest Regional Science Fair, held at The Well at Williston State College on Tuesday, Feb. 26.

Grenora freshman Elizabeth Field, left, explains the science of fracking and how it relates to ground water during the Northwest Regional Science Fair at Williston State College.

The Well at Williston State College was filled with budding young scientists on Tuesday, Feb. 26 as part of the Northwest Regional Science Fair.

Each year, the science fair brings over 100 students from across the region to present their projects to judges. Students from Williston, Trenton, Grenora, Tioga and more were on hand for the event, featuring projects such as how electricity powers circuits, which beverages contain the most sugar and how air pressure affects a basketball's bounce. Judges went around the room, scoring students on the projects. Winners will advance to the state science fair, scheduled for April in Grand Forks.

Growing up in the area, Grenora freshman Elizabeth Field said the oil industry is a way of life. Field's father is a consultant within the industry, so when fellow students questioned how fracking affects the groundwater around it, she decided to work with her father to get some answers. Field's project, "Water Is Life," explores how the fracking process removes oil without causing damage to nearby groundwater.

"People always think that the water will get infected by the oil while they're pumping it, but it actually does not," she explained. "They have so many regulations and procedures in place, that it can't effect it at all."

To demonstrate, Field and her father built a scale model to show how oil can be removed from below the various layers of earth without spreading into the surrounding soil. She said her project helped to show fellow students who are unfamiliar with fracking just how the process works.

Gabriella Harris, a sophomore from Johnson Corners Christian Academy in Watford City, said she has only been a North Dakota resident for about three months. Coming from Texas, she never has to deal with pipes freezing over. When her family experienced it this winter, she said she assumed the best option would be to run hot water through the pipes. This, she found, caused the pipes to freeze faster. To get an explanation, Harris created her science project, "Why does hot water freeze faster than cold water?"

Harris said she placed bowls of water outside in below zero weather to see which would freeze faster. Consistently, she said, the hot water would freeze first. She then took bowls of cold and hot water and threw them in the air to test the results.

Harris concluded that the answer was due to differences in condensation and evaporation in the different temperatures of the water. Coming from Texas, Harris said, she never had to deal with subzero temperatures, so experimenting in minus 16 temps was "really interesting and fun."

Harris added that she has an interest in science, with hopes of becoming either a forensic anthropologist or an anesthesiologist.

Several projects explored what effect various soft drinks, juices and other beverages have on a person's teeth, but one project explored which toothpastes and mouthwashes were the best at removing bacteria. Taytum Kreil, Trenton High School junior, said she was surprised at the results she found with her project, "Toothy Bacteria."

Kreil's project tested several brands of mouthwash and toothpaste to determine which were best against microorganisms found in the mouth. Kreil plated her own bacteria for the experiment, testing which products did the best to keep bacteria at bay. Her results determined that Colgate toothpaste and ACT mouthwash did the best to prevent bacteria, even though she said Listerine did just as much to prevent bacteria. The difference, she said, which she found surprising, is that Listerine contains ethanol alcohol, which if swallowed can "clear out" the e.coli in the small intestine, which the body needs.

"It can also make you sick," she explained. "After I used Listerine, it made my mouth become sore and it hurt my gums. But ACT, I had no reaction to at all. My mouth didn't hurt, it was clean, so I would definitely suggest ACT as an alternative. My family, we switched to Colgate after this project, because it was the one that worked the best."

Kreil said that she loves dentistry and bacteria, so she was glad to be able to combine both into her project. She hopes to continue her education to work in the field of dentistry after high school.