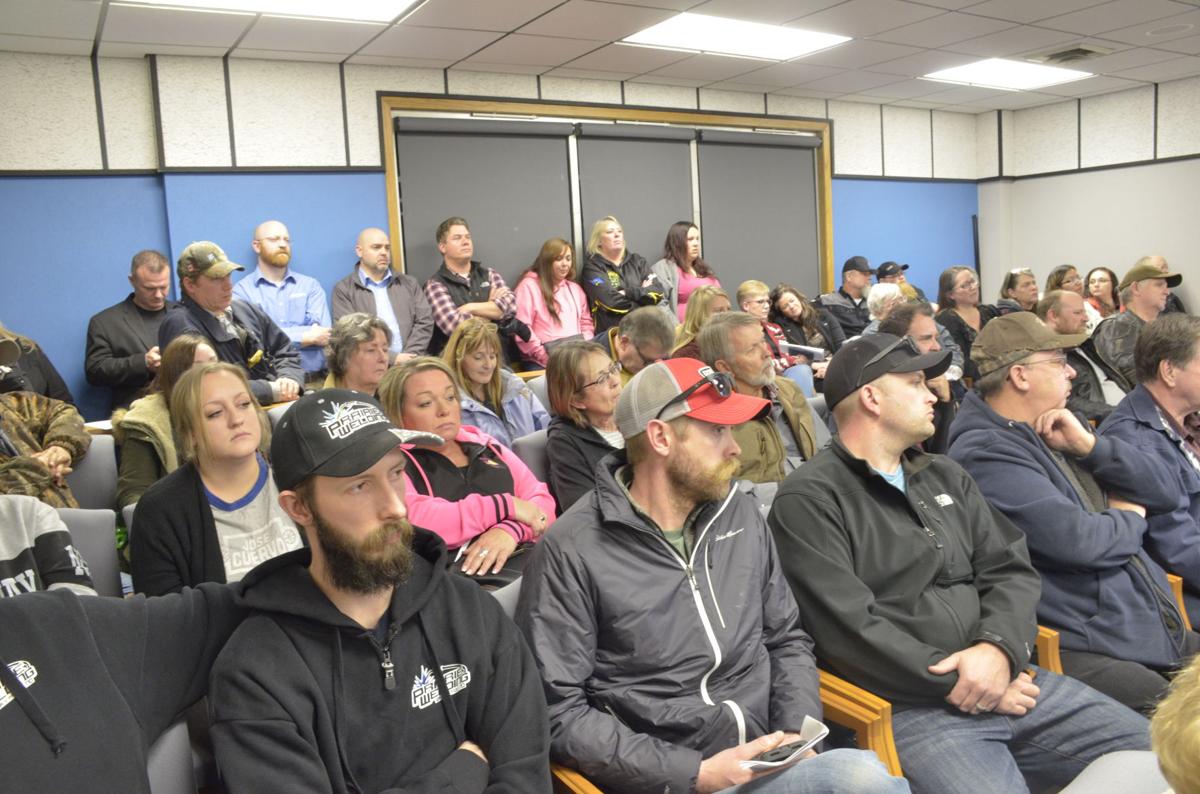 It was standing room only as members of the community gathered during a public hearing at the Williston City Commission meeting on Tuesday evening. 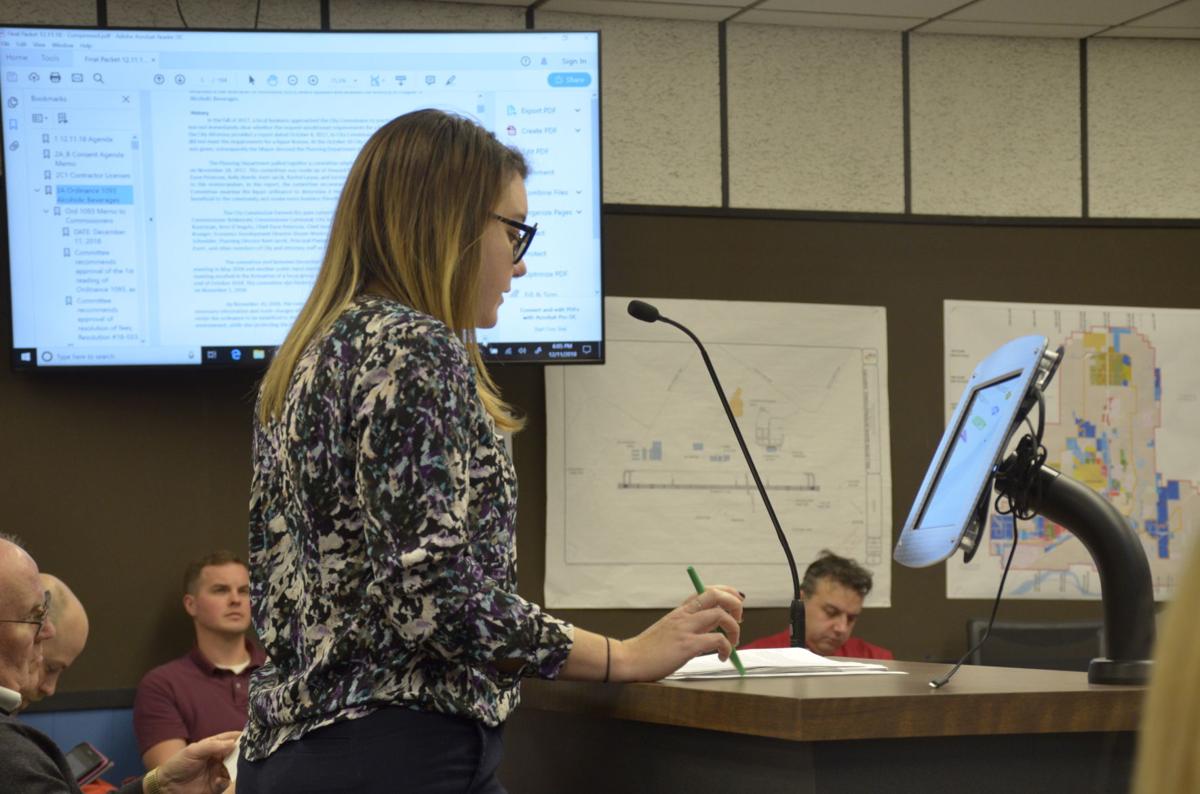 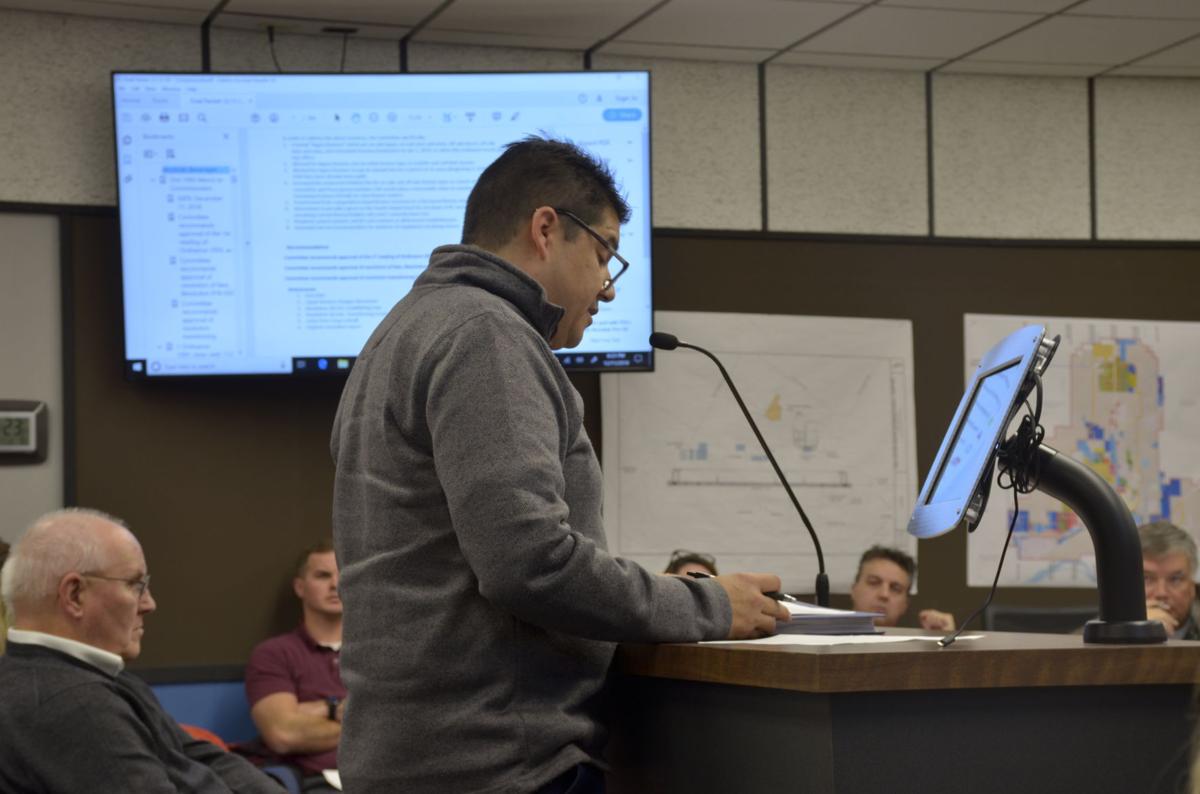 Community member and business owner Raymond Melendez presents information to the Williston City Commissioners during a public hearing at a meeting in December. 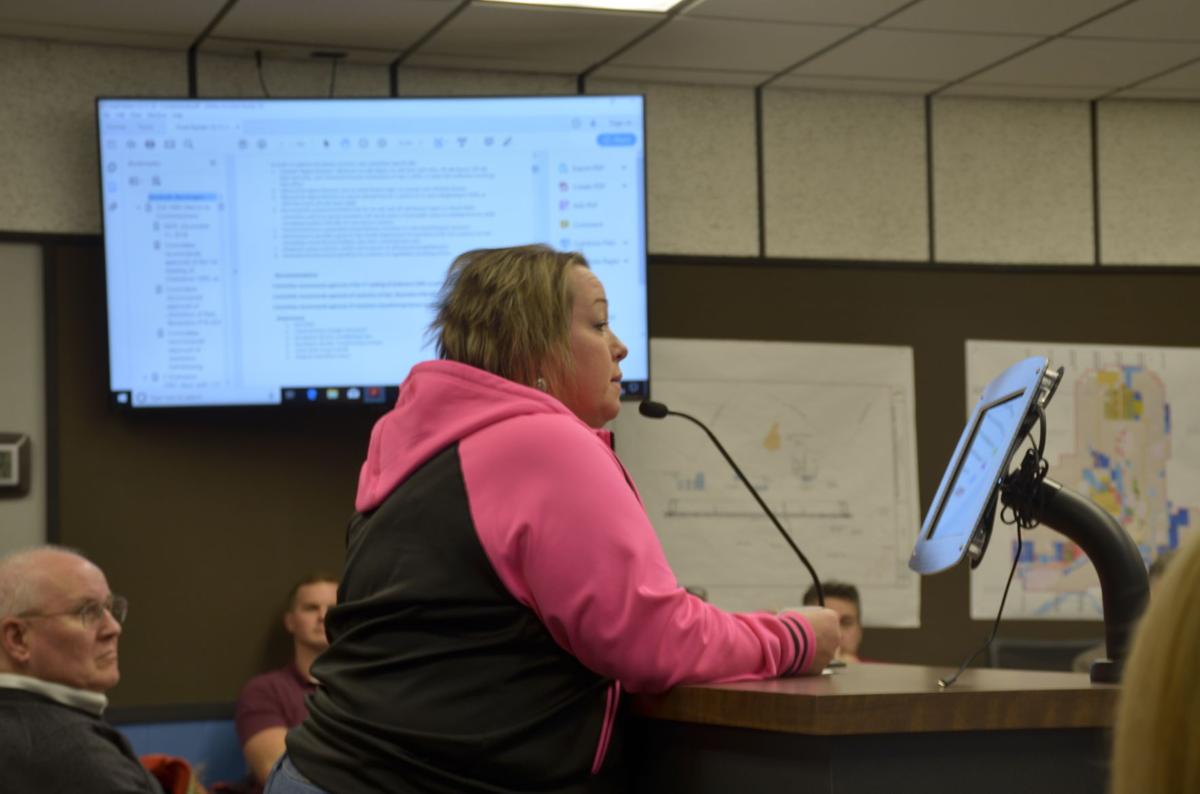 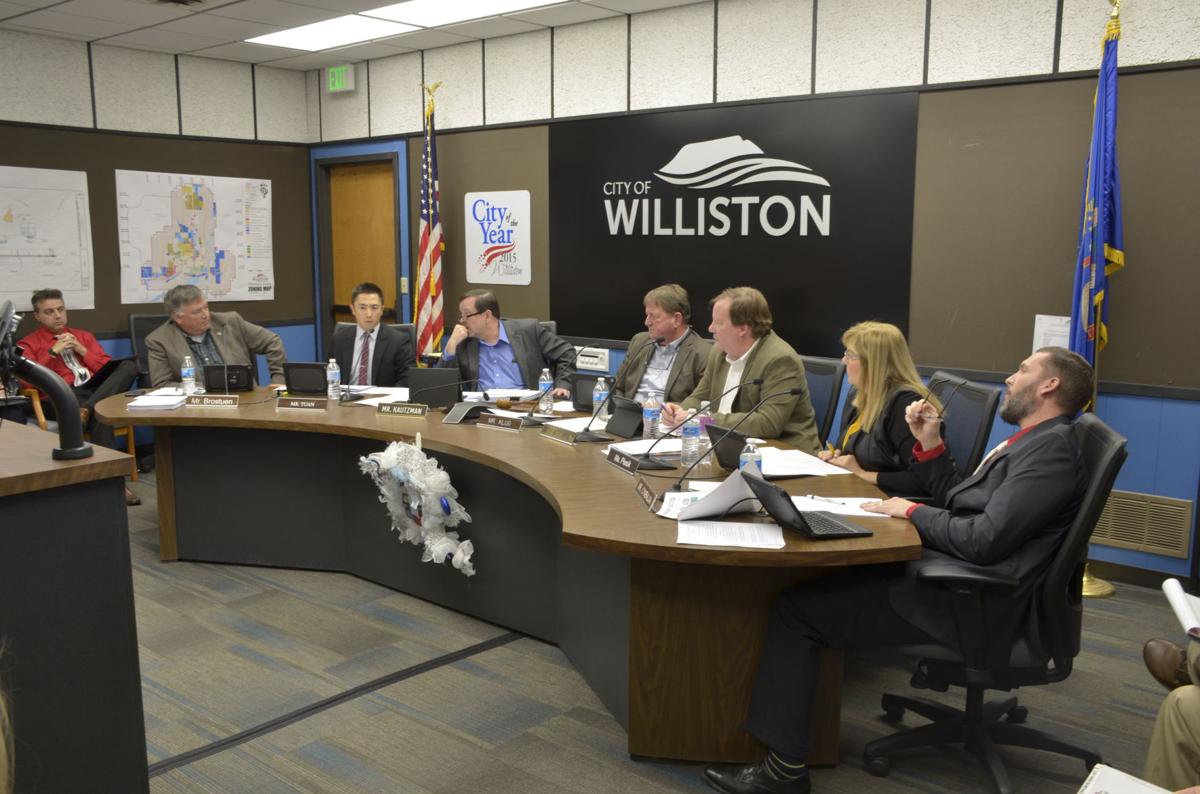 City Commissioners confer during the Dec. 11 meeting regarding a public hearing involving potential changes to the city's liquor license ordinance.

It was standing room only as members of the community gathered during a public hearing at the Williston City Commission meeting on Tuesday evening.

Community member and business owner Raymond Melendez presents information to the Williston City Commissioners during a public hearing at a meeting in December.

City Commissioners confer during the Dec. 11 meeting regarding a public hearing involving potential changes to the city's liquor license ordinance.

It was a contentious atmosphere during Tuesday's meeting of the Williston City Commission as residents and license holders spoke out against proposed changes to the city's liquor license ordinance.

At a standing-room only meeting at Williston City Hall Tuesday, Williston Principal Planner Rachel Laqua presented changes to the current ordinance to city commissioners. Members of the Liquor Committee have been involved in discussions for a year to change the city's current ordinance, with the intention of streamlining the number of license types, modernizing the language of the ordinance, as well as moving from a population-based system to a more open, fee-based system, which would allow for a larger number of liquor licenses within the city.

It is the latter change that has several community members and license holders upset, as they feel the change would not only de-value the licenses they hold, but would also open the city up to an unlimited number of bars and liquor stores. This, they say, could cause irreparable harm to the city and its population. The public hearing regarding the issue lasted for over an hour as community members addressed commissioners regarding the changes. The overall comment coming from most who spoke was the concern that more available licenses would lead to a larger amount of alcohol-related crime and an increase in underage drinking.

"We have high youth use of alcohol in our area," said Chelsea Ridge, community health coordinator with the Upper Missouri District Health Unit. "We have higher rates than the average of the state; 23 percent of Williston area high school students had their first drink of alcohol before the age of 13, where the state average is only 14.5 percent."

Raymond Melendez, business owner and license holder, presented the commissioners with a binder full of information gathered from resources such as the CDC, World Health Organization and the North Dakota Department of Transportation, citing statistics about the adverse effect of increasing the availability of alcohol in an area.

"Voting yes will make it detrimental to the health, safety and welfare of this great city," he said. "I'm not here to advocate for another prohibition-style experiment. However, I am advocating for a common-sense, fact-based ordinance using historical data and facts on the adverse effects of increasing alcohol density."

"I'm a Williston resident for 40 years," said Pam Enno, a concerned community member. "I don't want to see bars and liquor stores on every corner of the street, in neighborhoods. I'm a survivor of domestic violence that was every time alcohol induced, and often time required the assistance of Williston Police. I feel if we put more establishments in this community, the rise of domestic violence, child abuse, neglect, is only going to rise. I strongly encourage every one of you to vote no on unlimited liquor licenses, let's think of a broader future for our families and our future generations to come."

Of the 14 individuals who presented on the matter, only one spoke in favor, via a letter written by Greg Cotrell which was read by Laqua.

"We need the revised ordinance that is in front of you today to be approved in order to expand the opportunities that are ahead of us in the next day, month, year or decade as the city continues to grow," the letter stated. "The purpose of local government is not to prohibit economic growth but to figure out how to encourage entrepreneurship and small business opportunities. It's up to those future and current business owners how to be successful."

After the public hearing was closed, commissioners discussed the issue, with Commissioner Tate Cymbaluk suggesting that the vote be tabled until the commission was able to go over the information that had been presented by the public.

"We're not here to promote alcohol," he said. "That is not the objective, that is not our goal. I don't like when people are throwing that at us, that we're doing this to accommodate or promote drinking. That is not the intention of what we're trying to accomplish in any way or shape of the imagination. Every one of them has a very valid point. There's got to be a compromise of some sort, I just don't know what that compromise is. We're trying to figure that out."

The city commission voted unanimously to table the vote on the first reading of the updated ordinance. The commission stated they will review the public input given before bringing the issue before the city commission for a vote at the next commission meeting, scheduled for Dec. 27.