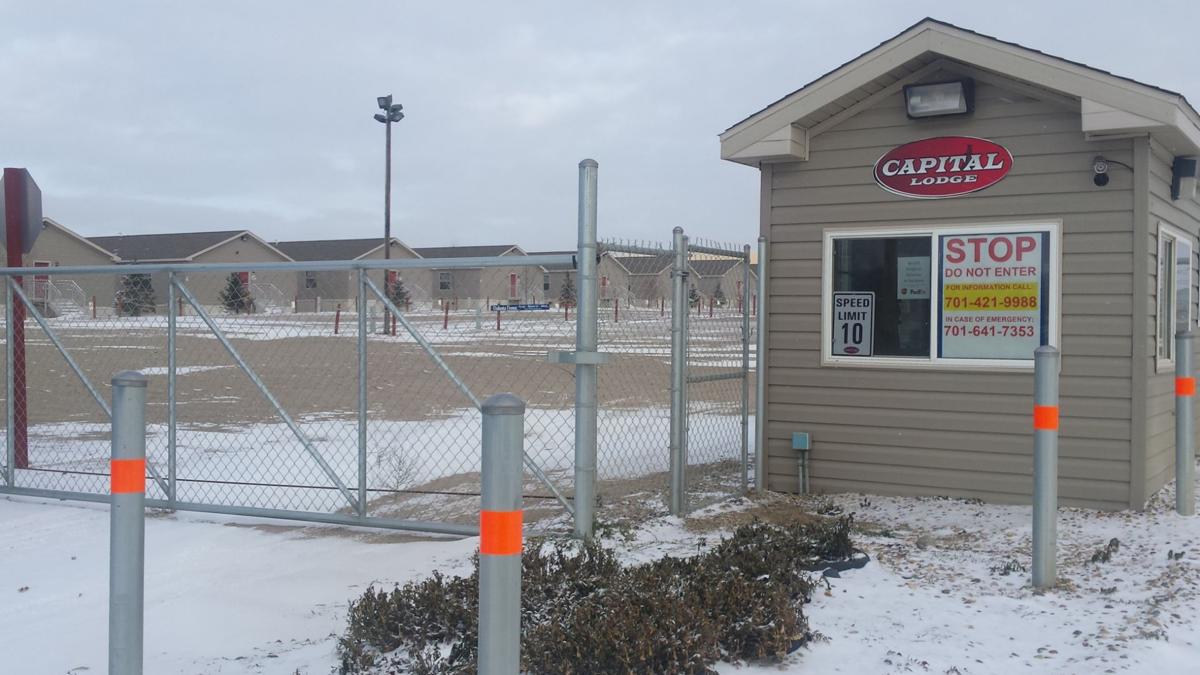 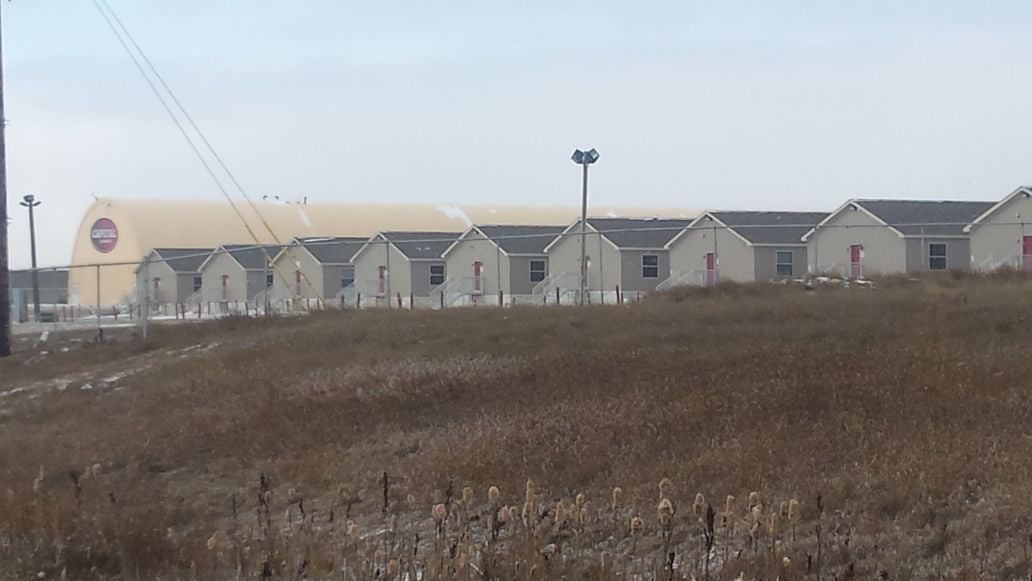 Attempts to contact a representative of the lodge for additional comments were not successful. Calls to the lodge were answered by a machine and emails sent to its website bounced back as undeliverable. A visit to the site Friday afternoon found a veritable ghost town. A few vehicles with icicles attached remained in front of what appeared to be an office building, but ropes blocked the stairs leading to that, as well as to the road that once led to Capital’s transport services. The visitors check-in shack was empty, although nearby some papers remained on a desk inside and a jacket appeared to have been hung with care.

Capital Lodge opened in the fall of 2011 with about 130 residents in 13 of the total planned 2,500 beds. They built an on-site sewer treatment plant with a capacity for 3,000 residents. The crew camp is located across the street from a Target Logistics facility at 10855 U.S. Highway 2. At the time of its closing, it was permitted for 2,000-plus beds, but, according to recent figures from the county, it had only 100 residents.

It may be a harbinger of things to come, as the workforce in the oil field continues to shrink or move away to other oil patch communities. Rules here are being written to either tighten or eliminate crew camps altogether. What happens to the property itself in coming days could indicate a shape of things to come for all the future idled camps.

Capital Lodge began trying to formulate a new future for itself in February. Its most recent effort at a new direction was a deal to move between 250 to 400 beds to Beulah to provide temporary housing for workers helping to build a $500 million urea fertilizer plant. That collapsed after the city attached a number of conditions, including a short-term permit without any guarantee of renewal, and a $400 per bed fee. Company representatives said the conditions made the project economically unfeasible.

Prior to that in February, they made a hotel pitch, asking Williams County to rezone the property from industrial to commercial. They had a preliminary franchise agreement with Choice Hotel, and their sights set on an extended stay hotel. This was a concept the cities of Ray and Tioga and the West Bank Township had all signed off on. A number of individuals and entities had also submitted letters of support, including Williston Chamber of Commerce and Neset Consulting.

Richard Carr, a resident of Tioga and a local pastor, said there might be many negatives associated with man camps, but he had nothing but good things to say about Capital Lodge.

“I go out to Capital Lodge regularly to do Bible study,” he said. “I have had a very positive experience. I have nothing but good things to say about it.”

Capital Lodge CEO Mike Boudreaux at the time acknowledged that many desire to see man camps dwindle and told the commission his plan was part of an exit strategy for the crew camp. He expressed faith in the economy of the area, regardless of oil being down, as well as a belief his additional investment would be worth it — Capital Lodge being a more than $30 million investment all by itself.

“We are striving to be the best of the best,” Boudreaux said at the time. “Our request to get this rezoning is part of our exit strategy. It is part of going away and becoming what we’ve laid out for the next step, to become a Choice hotel. We want to become a product, to give back.”

He also pointed out that commercial property existed already on the north and south sides of the development, so his development would be consistent with that.

Commissioner Dan Kalil was among those voting against the zoning change.

“If Capital had come here, however many years ago, and said we want to put up a large hotel between Ray and Tioga, I am assuming I, for one, would have tried to steer them into being in one community or the other, not on the way on the corridor in between.”

Kalil noted Capital was the first to approach the county seeking to transform and suggested the vote Feb. 3 would be setting a precedent for all the other temporary crew camps.

“The rest of the camps, I’m afraid, will fall in line and all try to convert to some kind of exit strategy to leave our community with a better return on investment,” Kalil continued at the time. “I’ve put a lot of thought in this and talked with a lot of people in the community about this. This is a very big decision, and I found no support for it at all, for allowing them to convert into a hotel.”

Kalil made a motion to deny the zoning request, and Barry Ramberg seconded it. The measure carried on a roll call vote 4 to 1, with Chairman David Montgomery voting no.